Pesoguin is a super adorable fictional Japanese character that’s a baby emperor penguin!  (See official site at http://www.pesoguin.jp/english.html)  I recently discovered it while randomly poking around at the Google Play store.  Most of them are either small utilities like the clock and battery apps but there are mini games as well.  I ended up downloading a few of the free apps and even purchasing the full version of the Pesoguin Battery app. Unfortunately, it seems like there aren’t any apps for Apple devices. 😦

According to the official Website, there was even a comic series on Yahoo! Japan as well as plush toys! ;;o;;~! I wish I found out about this character a few years ago. I’d love to get the toys. I bet they’re only available via auctions and such now. ;__;

Anyway, here’s an example of Pesoguin widgets on my homescreen (or whatever it’s called on an Android device): 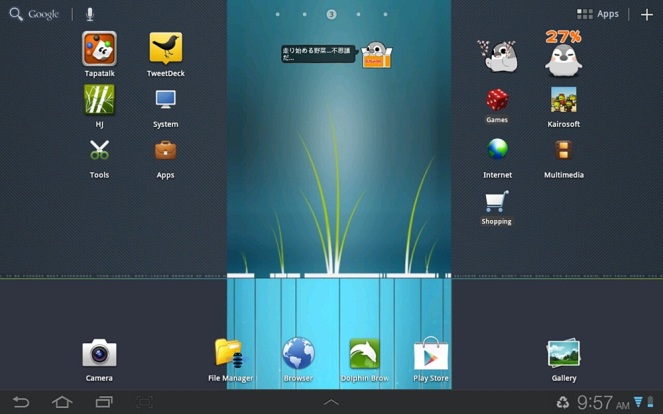 Shown above, from left to right, are the Pesoguin Talk, Pesoguin Sakura Dance, and Pesoguin Battery 3D Full ver. widgets.  For the Talk one, the speech balloon will show the penguin’s most recent tweet (mostly in Japanese as it only knows 3 English phrases. :P) although he’ll say more things in English if you give him gifts from the widget’s menu. :3  He’ll also “physically” react to the gifts too. ^o^

Here are some screens from the battery app! XD 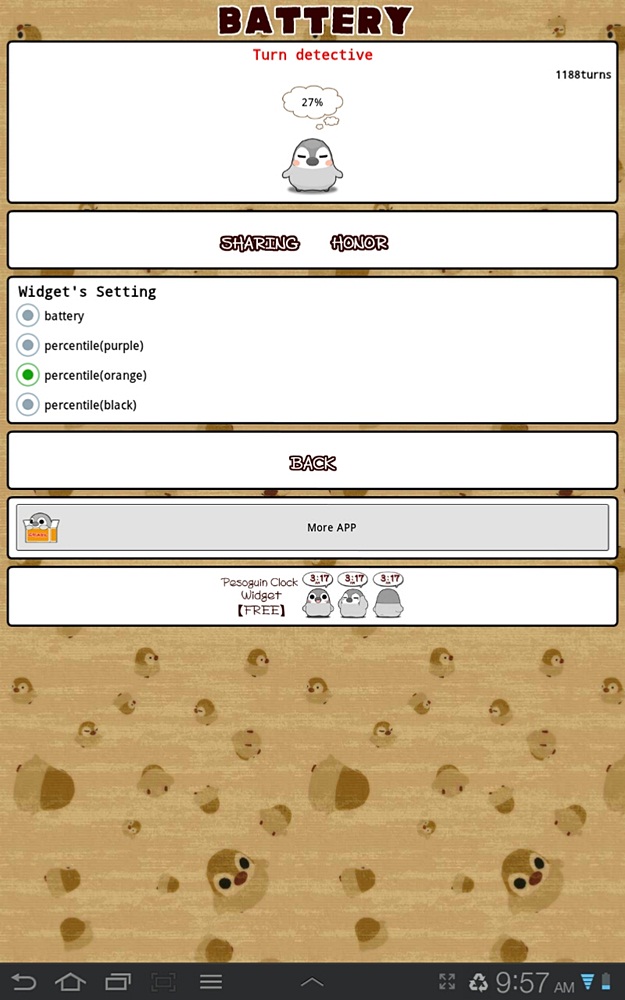 For the battery widget, you can make Pesoguin spin by tapping on him. ^^;  You can obtain achievements (listed in the menu as Honor) based on the total number of revolutions he does. XD After a certain number of turns, you get a title.  See next screencap for the first few of the silly Engrish titles! 😀 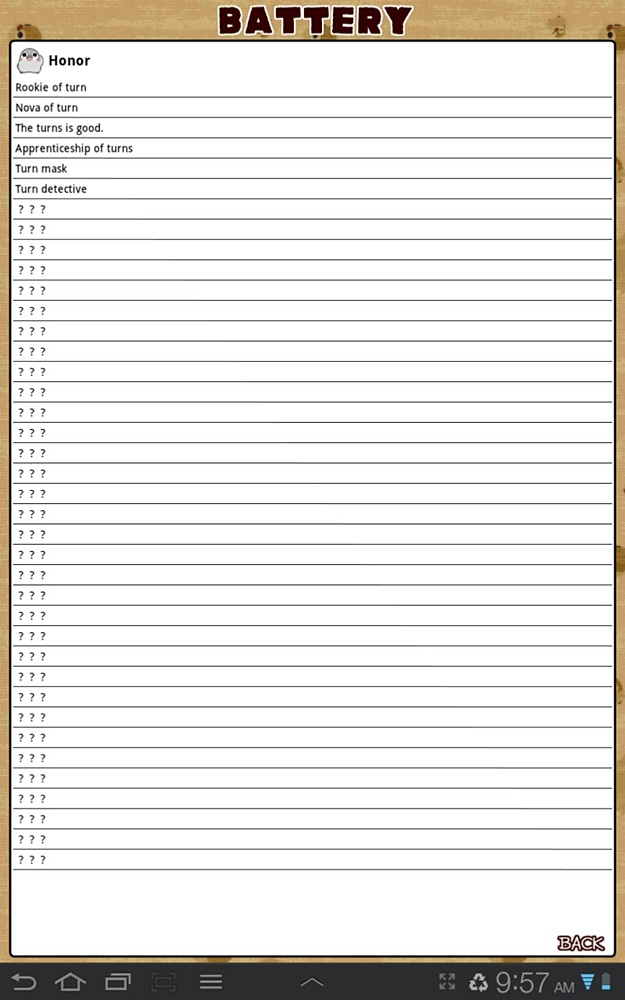 Oh yeah, Pesoguin’s expression changes based on the battery life left.  For some reason, only the last few screenshots from the Free version shows you all 4 facial expressions.  I love the look for the 1 bar left one.

I've been playing #VampireSurvivors on and off for a few weeks now and just only learned about the methods to kill Death. EXP gem nerf only got me to level 67 and not around 100 like the guide in the wiki had. It still worked out just fine. :3
The programming and design teams on #FinalGear are on crack. After hours upon hours of maintenance, they not only DID NOT fix the Redeem Sequence Core button, they also managed made it impossible to use the backdrop from the Ghost in the Shell collaboration event.
You'd figure there would be some sort of check programmed into the game to verify if all collectibles in a category have been purchased or not so tasks would not be created for them. #DEEMO2